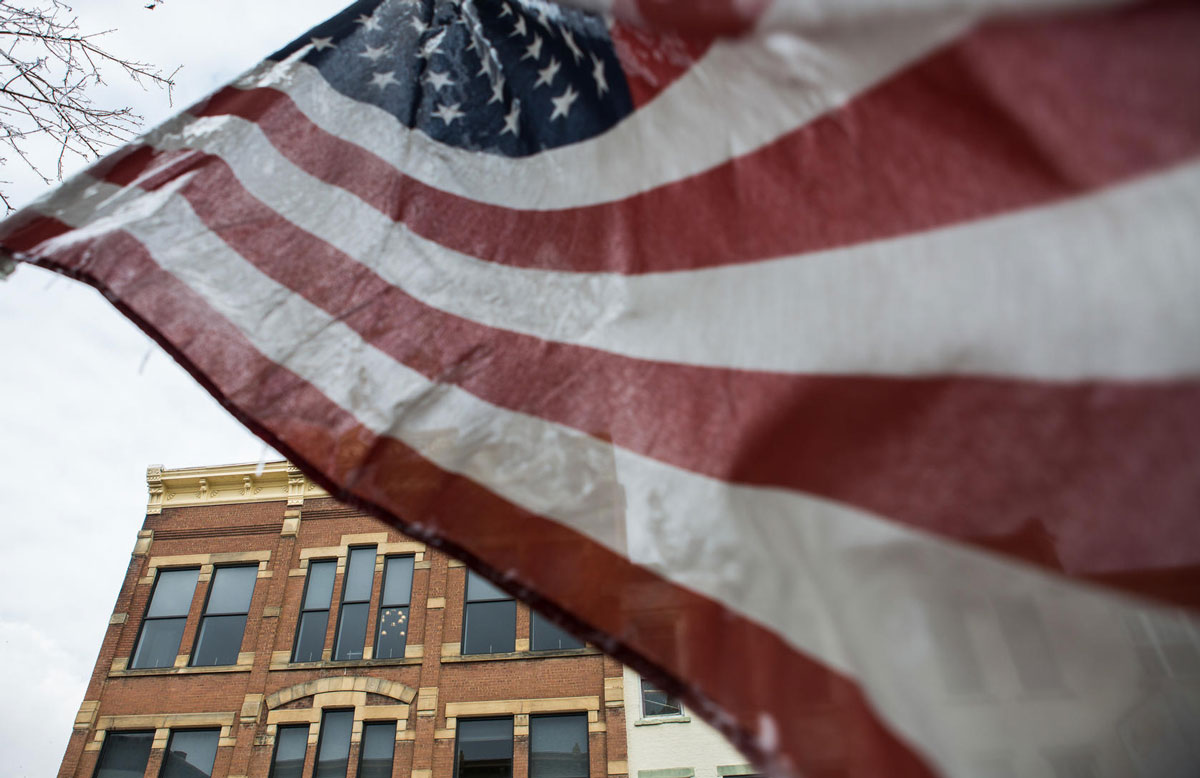 (An excerpt from Yale Insights by Ted O’Callahan. Read the full story here.)

A three-hour drive north from South Point’s industrial park is McConnelsville. The town of 1,784 people is set on the north shore of the Muskingum River and surrounded by hills that are either forest or farmland. It has three stoplights and a downtown of beautiful, if worn, brick buildings. It’s the county seat for Morgan County, which has been held up as a model for developing and implementing plans for a long-term economic recovery. An Appalachian Regional Commission-sponsored report notes, ''Their willingness to break with the past and embrace youth and learning as the focus of their efforts is remarkable and should serve as a model for other distressed communities.''

That past is still just a few miles away. Sixty thousand acres of reclaimed strip mine have been turned into recreation land by American Electric Power. The bucket from Big Muskie, a machine that could move 39 million pounds of earth per hour, remains as a memorial to the area’s industrial heritage.

''In the '80s and '90s, anyone you talked to thought the end of the world was coming,'' Mike Workman says. Morgan County had lost 1,000 coal mining jobs; another 800 jobs disappeared when a window manufacturer closed. Then, in 1995, the furniture factory where Workman was employed closed—a bank bought the company, he recalls, but just wanted its stock exchange seat. Another 160 people were laid off. Nearly 2,000 jobs gone from a county of 14,000. Even so, Workman says, ''I never thought the community wouldn’t make it.'' That isn’t the same as things being easy.

Waiting out busts is a common strategy in many undiversified economies. Morgan County is still sitting on unmined coal. Who wouldn’t hope for another boom? But, Workman says, ''don’t wait. Hope is not a strategy.''

He bought enough equipment at auction to begin making stools, and that’s all his company did for five years. He had three employees. ''Life was good. Life was simple,'' he says. When a customer asked, insistently, the company began making tables, then chairs, then cabinets. That customer was Chuck Williams, the founder of Williams-Sonoma.

Much of the furniture making in the U.S. was lost to global competitors, in Workman’s view, because domestic manufacturers competed on price. Instead, he saw a business opportunity in ''quality, design, history, and value.'' He saw an opportunity to work with hotels, resorts, restaurants, and other commercial clients to create custom furniture.

Contraxx Furniture describes its model as an at-will cooperative—it’s a variation on the Mondragon Corporation, a worker-owned cooperative that is one of the largest businesses in Basque Spain. The team in McConnelsville does the external-facing work: design, marketing, and sales. They bring the orders to a self-organized collection of 250 Amish and Mennonite craftsmen in southeast Ohio, whose ''factories'' are family businesses in barns or other similarly small-scale sites. They are coordinated by a hub that brings the elements together for assembly and finishing. ''There’s no inventory, no management layers, no factory overhead. It’s distributed manufacturing done through a network of independent, at-will artisans,'' Workman explains. In his view, it works because it emerges from the place. ''It’s a cultural model as much as an economic model.''

Contraxx Furniture’s office is in a loft space of wood, iron, brick, and glass. It could well be in Soho. And many of the furniture design company’s clients are in New York, Los Angeles, or Miami. But the loft’s massive windows face McConnelsville’s Main Street.

There’s no reason world-class work can’t happen in Appalachian Ohio. That’s the implicit argument in so much of the economic development in the region. ''Appalachia has never marketed itself the way cities do,'' Workman says. In fact, much of the region’s ''marketing'' has come in the form of stories about the War on Poverty going back to Lyndon Johnson and even earlier. If it’s possible, many Appalachians are as tired of being seen as poor as they are of being poor.