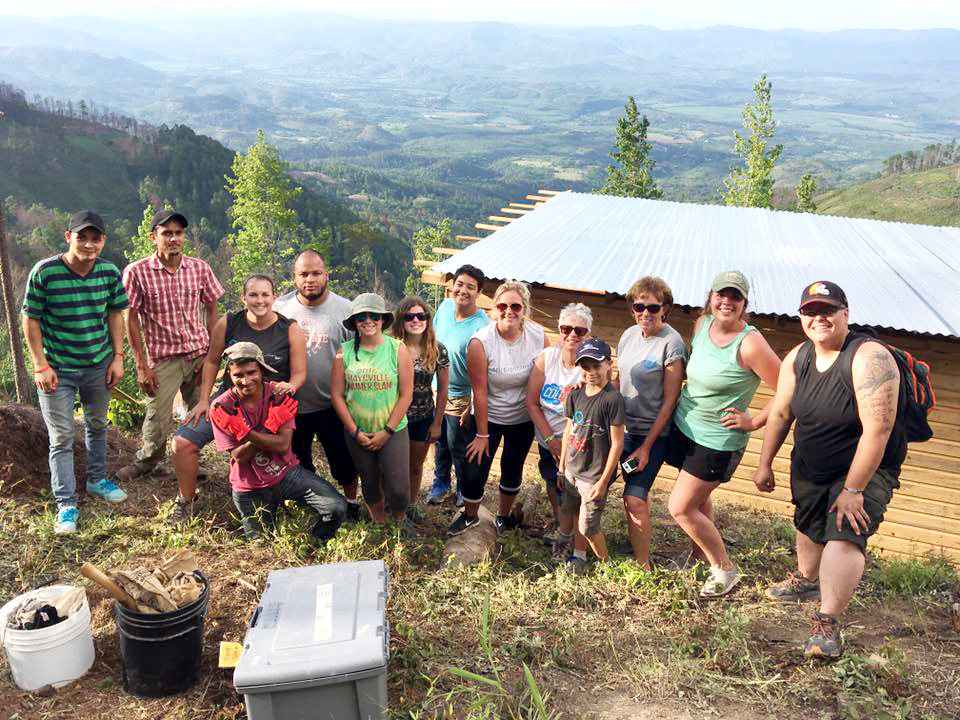 Led by Jen Wright and Ashley Jones (third from left), the Honduras Mission is actually the result of several years of hard work and dedication, and building relationships in the poverty-stricken country of Honduras

According to Jones, Wright first traveled to Honduras in 2004, as part of Torch Ministries. When Torch Ministries opened an orphanage, in Honduras, they asked Wright if she would be interested in running it. After a time, Wright left the orphanage and created her own ministry named ''Called and Compelled.'' Though she returned to the states about five years ago, Wright continues to travel to Honduras regularly to cultivate relationships and minister to those in need.

Jones heard about Wright’s ministry in Honduras and joined her for a semester in 2007. That semester turned into a three-year stay for Jones. Like Wright, she has made regular trips back to the country since that time.

Jones said the mission trips are not your stereotypical mission of preaching the gospel, rather they spread the gospel through ministering to the needs of individuals. In the week to 10 days the missionaries are in Honduras, they will distribute clothes to the orphanage, bedding and supplies to the local hospital, and provide food and build houses for the homeless.

It costs the missionaries $1,500 to build each house. Last year, they were able to build three of them.

''I’ve been blown away time and again,'' Jones said. ''When we’ve built houses for people, and they say to me, ‘I prayed for five years for a house and God sent you.’''

We call them houses, but Jones said, in truth, they are little more than glorified yard barns. She said there is no running water and the doors are simply cut out of the walls and padlocked shut. But, before the missionaries came, many of the people were living in shacks, put together using scraps of old tin or other materials.

''It’s usually scraps that they’ve found at the dump, like plastic, cloth and sheets of tin,'' she said. ''They’ll have a mattress or some kind of a bed in the middle of the room, with all their possessions around the bed, and everybody sleeps on that one bed. Then the water will come down from the mountain and wash it away, and they’ll have to rebuild it all over again.''

Most of the funding for each year’s trip is paid for through fundraisers. Last summer, the mission partnered with the Morgan County Community for the Arts (MCCA) on a Color Run that was held the morning of MCCA’s first-ever Arts in the Park event. Recently, they held a Bingo fundraiser at the Riecker Building, which also helped fund this summer’s trip.

The next Honduras Mission Trip is planned for this June 2018. There will be 10 missionaries, including Wright and Jones. The missionaries themselves come from churches throughout Morgan County.