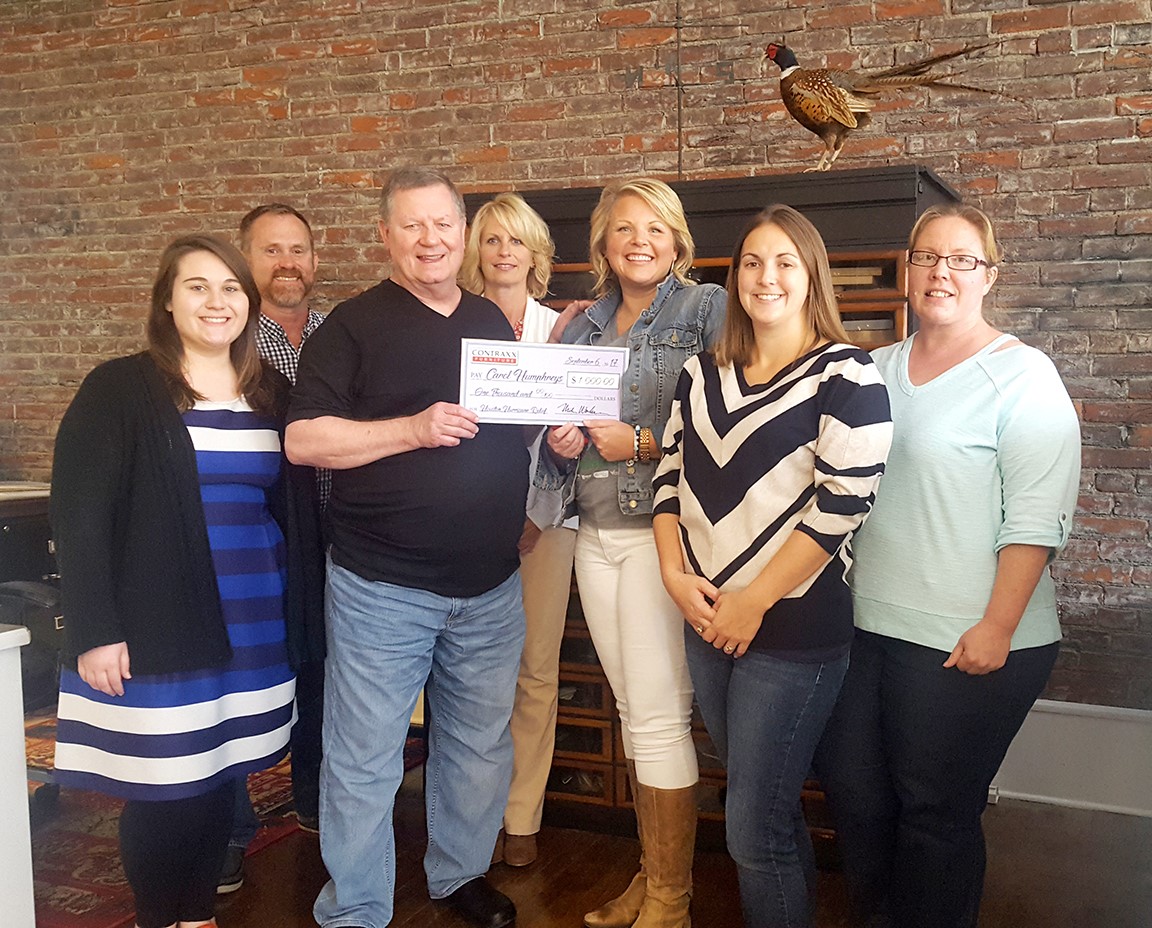 (Published in the Morgan County Herald by Jay Cordray. www.mchnews.com)

Mike Workman, owner of Contraxx Furniture, said his company was directly affected by the hurricane as he has a sales representative, Charlotte Roberts, in Houston, whose house was hit by the storm. Workman said Roberts lost everything in the flooding, from her furniture and clothing and even her makeup. Contraxx sent Roberts money to help her replace some needed items, but Workman and his staff felt they could do more.

''We just felt like we should do something for those people down there,'' he said.

The $1,000 contribution is a gift from Contraxx employees: Greg Duskey, April Nichols, Olivia Irwin, Maureen Bond, and Ashley Jones. The contribution was invested locally in personal care and medical supplies from Shrivers Pharmacies.

''John Coler and Jessica Sabine, at Shrivers Pharmacies, provided all of the these supplies at cost,'' Workman said. ''It was very generous for them to volunteer to do this. Carol is so excited that she can stretch the dollars and help even more people, and we wish everyone in Houston a speedy and safe recovery.''

The shipment of donated items was the result collection efforts in Coshocton, Guernsey, Morgan, Muskingum, Noble, and Perry counties. Many businesses in Morgan County opened their doors as collection centers for donations, including Highland Oaks Health Center, the Village of Malta and Shrivers Pharmacy.

''The support of hundreds of individuals, small businesses, churches, and schools, allowed us to take three truckloads of supplies as well as gift cards to those in need,'' Humphreys said. Along with donated items, additional funds were received from Arizona, Oregon, Pennsylvania, and West Virginia. ''We estimate this project delivered more than $30,000 in goods and gift cards.''

On September 11, they arrived at a distribution center in Houston that was coordinating deliveries to small shelters and other distribution centers in hard hit areas. Many volunteers helped distribute the donations, including several who had themselves been rendered homeless by the record-breaking storms.

On the last day on the mission, the volunteers went directly into several damaged neighborhoods.

''Small homes, as well as beautiful million dollar homes, were decimated with piles upon piles of their belongings on the city streets waiting for the large dump trucks to pick it up,'' Humphreys said. ''Very few individuals were at their homes because they had needed to find other places to stay while waiting on the long process of rebuilding. Although we thought we would take pictures, we did not want to invade their personal space or bother the individuals by requesting pictures.''

''The team all agreed the experience was something we will always remember,'' she continued. ''The opportunity to serve the Houston area, as well as our Ohio communities, was indeed a blessing. It is impossible to thank all the people that were so generous in donating and filling the trucks and helping to fund the trip.''