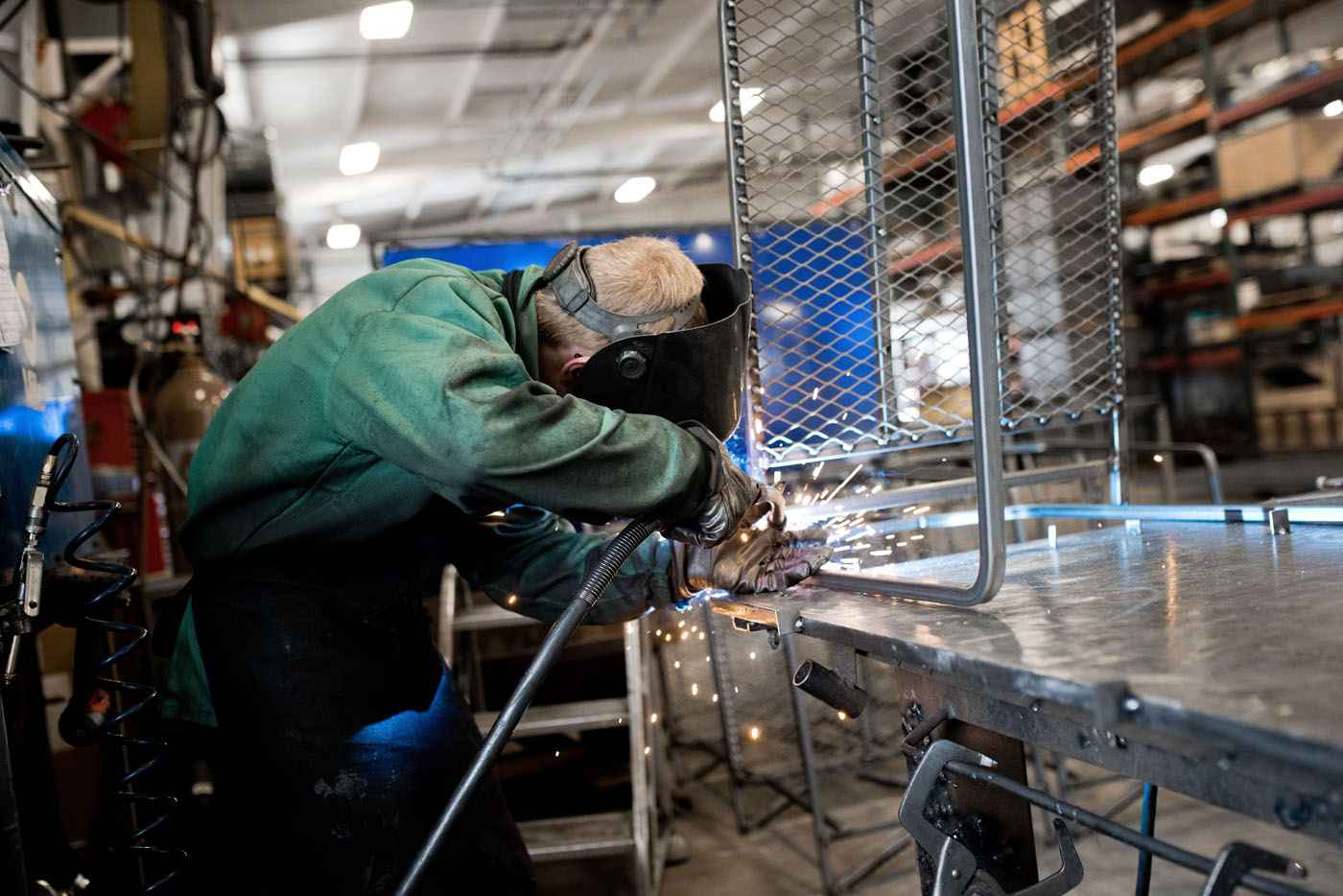 Manufacturing in the United States was once a global behemoth. ''After the Second World War, American industry was really the only one that was intact,'' said John Molinaro, CEO of the Appalachian Partnership. In recent decades, though, the usual story told about manufacturing has been one of steady decline — particularly in the country’s rural heartlands.

But the tale of woe might be exaggerated. Across America, manufacturers are finding ways to thrive amidst intense global competition. And innovation isn’t confined to high-tech hubs in major cities. Rural manufacturers are proving just as dynamic as their urban peers.

Employment levels in manufacturing were relatively stable for decades, according to Tim Wojan, from the US Department of Agriculture’s Economic Research Service. ''But after the recession of 2000, we saw the first steep decline,'' he said, ''and in 2008 there was a further decline.''

Increased competition from China, after the country entered the World Trade Organisation in 2001, hurt manufacturers which had been dominant for decades. Textile producers in rural areas were hit particularly hard.

The key to remaining competitive would be finding new products and processes to negate developing countries’ labour cost advantage. But that kind of innovation had been largely neglected in the post-war decades.

''We got very complacent,'' Molinaro said. ''Because if we could make it, somebody would buy it.'' Early innovators in the development of new, more efficient manufacturing processes were often ignored in the US, he explained, while their ideas were quickly taken up by overseas competitors.

Rural firms, in particular, seemed to be slow to change. Urban areas of the United States typically receive about six times more patents per capita than rural ones, Wojan said, suggesting a much higher concentration of research and innovation.

But closer examination suggests that those statistics give a misleading picture of rural manufacturing in the US.

Research from the Economic Research Service last year, co-authored by Wojan, looked beyond simple figures on patents or R&D spending. The researchers used survey questions to assess rural firms for the hallmarks of innovative activity, such as continuously tinkering with processes and learning from failures.

The new method revealed that rural manufacturers are just as likely as urban ones to innovate — bucking an academic consensus that innovation is ''a rare rural phenomenon'', the report said.

But it’s ''not at all'' surprising for those on the ground, Molinaro said. The Appalachian Partnership is an industry group which aims to support businesses in rural Ohio, and Molinaro has extensive experience of how manufacturers outside major urban areas have been adapting.

And such organisations have reaped big rewards. The ERS report found that, during the recovery from the 2008-9 recession, counties with more innovative firms enjoyed jobs growth about 10% faster than less innovative areas.

A new paper, by Wojan and two other USDA economists, found that innovating firms were more likely to survive the period from 1996 to 2013 than non-innovators. The effect was particularly pronounced for ''homegrown'' firms which aren’t branches of a larger company.

The key to flourishing in the face of international competition, according to Molinaro, is to find a particular product — sometimes ultra-specific — that you can develop an edge in manufacturing.

In Alexandria, Minnesota, a town of around 13,000 people, Douglas Machine has been building automated packaging machines for more than fifty years. Its rural founder’s key innovation was figuring out a way to integrate different steps of the packaging process.

''They invented the machines that would take an Oreo when it came out of the oven,'' Molinaro said, ''put in the sleeve, put the sleeve in a box, put the box in a carton, put the carton on a pallet and shrinkwrap the pallet, all without a human being touching it.''

The company is still thriving — and the area is now also home to a number of smaller firms producing niche machines that complement Douglas’s.

''You’ve got an entire industry that really grew out of one person having an idea about how to tie these [packaging] processes together,'' said Molinaro.

Meanwhile, furniture manufacturing suffered extensive offshoring in the 1980s and 90s, according to Mike Workman, CEO of Contraxx Furniture: competition put severe pressure on local labour costs. In North Carolina, hub of the US furniture industry, as many as ten thousand trained woodworkers lost their jobs.

The problem, Workman said, was that firms preferred large production runs — which maximise efficiency — to more bespoke orders which could respond to customers’ needs.

''I thought, let’s step back and take the time to figure out what people really want,'' Workman said. ''I had a professor at the Wharton School who taught me this a long time ago: if a customer wants a blue shirt, for Christ’s sake, give him a blue one.''

That insight, along with some lessons learned from studying the Basque manufacturing cooperative Mondragón, led him to found Contraxx. A novel hub-and-spoke approach to production sees Contraxx produce custom furniture designs for clients in the hospitality industry.

Those designs are then broken down by engineers into constituent parts, and built by different producers — many of them traditional Amish craftsmen — in the Contraxx network. The cooperative encompasses some 250 firms across Ohio, Michigan and North Carolina.

It’s high-skilled production work, which fills a gap between cheap mass-produced furniture and individual artisan pieces. That niche, and an innovative manufacturing process, has allowed the company to thrive since its founding in 1996.

Even in the challenging textiles industry, there are ways to succeed. Overseas production can be cheaper, but long shipping times mean it can’t always respond to customers’ needs.

''If Taylor Swift gets up on stage in silver-studded blue jeans, next week there are going to be a million fans who want them,'' Molinaro explained. ''If you’ve got to wait six to nine months to get a container full to the United states, you’ve lost a high-end market opportunity.''

That rapid, trend-based demand opens a space for US firms — as long as they move beyond traditional, long production runs and are able to respond flexibly to consumer demand.

Wojan said that kind of innovation is visible in the statistics: by 2014, after many firms went out of business and others were forced to radically change their approach, the textiles industry was among the most innovative in the country. ''We’re seeing a resurgence,'' Molinaro said, ''in an industry that America thought was totally dead.''

Across all types of manufacturing, these changing methods have given rural manufacturing a new lease on life — one still largely missing from the dominant narrative about the industry.

''One of my biggest challenges is just helping people understand that fifty years of offshoring is not inevitably the future,'' Molinaro said. ''There are huge opportunities, and we’re beginning to see rural places understand that. It’s a really great time to be working in this field.'' — Fergus Peace